Aided by little more than a squeezy bottle of tomato sauce, a rudimentary grasp of the hokey pokey and three of the oldest bum-fighters on the planet, Zack and his bum are fighting to protect the Earth against an invasion of some of the smelliest and most dangerous bums ever to pollute the univarse: zombie bums from Uranus!

Can they prevent the unthinkable - total zombie-bummification of the world?

Be bold, be brave, be entertained beyond your wildest dreams in the heart-stopping, nostril-blasting, zombie-bums-from-Uranus-filled sequel to 'The Day My Bum Went Psycho'. 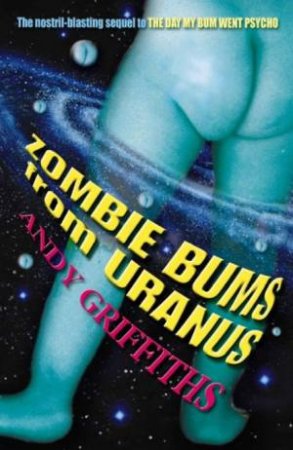 Zombie Bums From Uranus
Andy Griffiths
$12.99
RRP refers to the Recommended Retail Price as set out by the original publisher at time of release.
The RRP set by overseas publishers may vary to those set by local publishers due to exchange rates and shipping costs.
Due to our competitive pricing, we may have not sold all products at their original RRP.