It wasn't until Anne Henderson met Lily that she ever thought of writing a book. Lily never went to school. She grew up in southern China and in her aunt and uncle's mixed business in Cairns. Her story needed telling. And with it stories of five other friends who came to Australia as single women. Their stories became Anne's first book 'From All Corners: Six Migrant Stories'.

With her first book Anne discovered something of a style. History, contemporary or otherwise, told through the many experiences of ordinary people. So far, she's tackled her family's year with their younger daughter's Year 12 'Educating Johannah: A Year In Year 12', 'Mary MacKillop's Sisters: A Life Unveiled', and now the stories of Australasian women MPs - 'Getting Even: Women MPs On Life, Power And Politics'. Then, just for fun, there was 'Partners' edited with Ross Fitzgerald in early 1999 eighteen couples and thirty-six quite different stories. That's five books in six years. 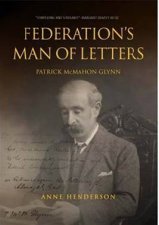 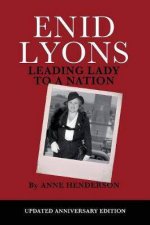 Enid Lyons: Leading Lady To A Nation
by Anne Henderson
29.95
29.95
_% Off
RRP refers to the Recommended Retail Price as set out by the original publisher at time of release.
The RRP set by overseas publishers may vary to those set by local publishers due to exchange rates and shipping costs.
Due to our competitive pricing, we may have not sold all products at their original RRP.