LEGION
Stephen Leeds, AKA 'Legion', is a man whose unique mental condition allows him to generate a multitude of personae: hallucinatory entities with a wide variety of personal characteristics and a vast array of highly specialised skills. As the story begins, Leeds and his 'aspects' are drawn into the search for the missing Balubal Razon, inventor of a camera whose astonishing properties could alter our understanding of human history and change the very structure of society. The action ranges from the familiar environs of America to the ancient, divided city of Jerusalem. Along the way, Sanderson touches on a formidable assortment of complex questions: the nature of time, the mysteries of the human mind, the potential uses of technology, and the volatile connection between politics and faith. Resonant, intelligent, and thoroughly absorbing, LEGION is a provocative entertainment from a writer of great originality and seemingly limitless gifts.

THE EMPEROR'S SOUL
When Shai is caught replacing the Moon Scepter with her nearly flawless forgery, she must bargain for her life. An assassin has left the Emperor Ashravan without consciousness, a circumstance concealed only by the death of his wife. If the emperor does not emerge after his 100-day mourning period, the rule of the Heritage Faction will be forfeit and the empire will fall into chaos.

Shai is given an impossible task: to create - to Forge - a new soul for the emperor in less than 100 days. But her soul-Forgery is considered an abomination by her captors. She is confined to a tiny, dirty chamber, guarded by a man who hates her, spied upon by politicians, and trapped behind a door sealed in her own blood. Shai's only possible ally is the emperor's most loyal councillor, Gaotona, who struggles to understand her true talent.

Time is running out for Shai. Forging, while deducing the motivations of her captors, she needs a perfect plan to escape... 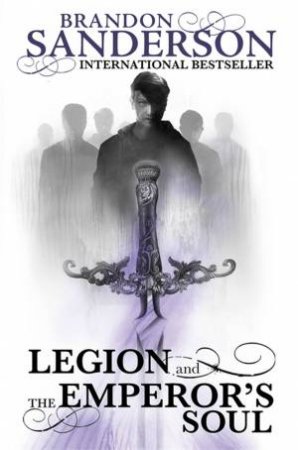 Legion Novellas: Legion and The Emperor's Soul
Brandon Sanderson
$19.99
RRP refers to the Recommended Retail Price as set out by the original publisher at time of release.
The RRP set by overseas publishers may vary to those set by local publishers due to exchange rates and shipping costs.
Due to our competitive pricing, we may have not sold all products at their original RRP.