WARBREAKER is the story of two sisters, who happen to be princesses, the God King one of them has to marry, a lesser god and an immortal trying to undo the mistakes he made hundreds of years ago.

Theirs is a world in which those who die in glory return as gods to live confined to a pantheon in Hallandren's capital city. A world transformed by BioChromatic magic, a power based on an essence known as breath. Using magic is arduous: breath can only be collected one unit at a time from individual people.

But the rewards are great: by using breath and drawing upon the color in everyday objects, all manner of miracles and mischief can be performed. 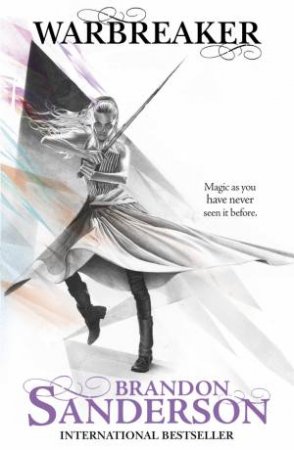 Warbreaker
Brandon Sanderson
$22.99
RRP refers to the Recommended Retail Price as set out by the original publisher at time of release.
The RRP set by overseas publishers may vary to those set by local publishers due to exchange rates and shipping costs.
Due to our competitive pricing, we may have not sold all products at their original RRP.