Dean Crawford is a thriller writer based in the United Kingdom. After his hopes of becoming a fighter pilot in the Royal Air Force were dashed, he began writing in 1995, hoping to become a best-selling author.
Finding that perseverance is the key to success, fifteen years later he now has five novels and four screenplays to his name, with many more to come. 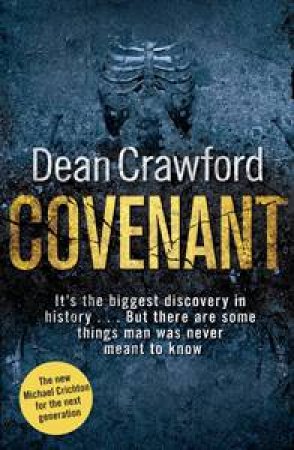 Covenant
Dean Crawford
$29.99
RRP refers to the Recommended Retail Price as set out by the original publisher at time of release.
The RRP set by overseas publishers may vary to those set by local publishers due to exchange rates and shipping costs.
Due to our competitive pricing, we may have not sold all products at their original RRP.