Harry Potter and The Chamber of Secrets Parties July 2018 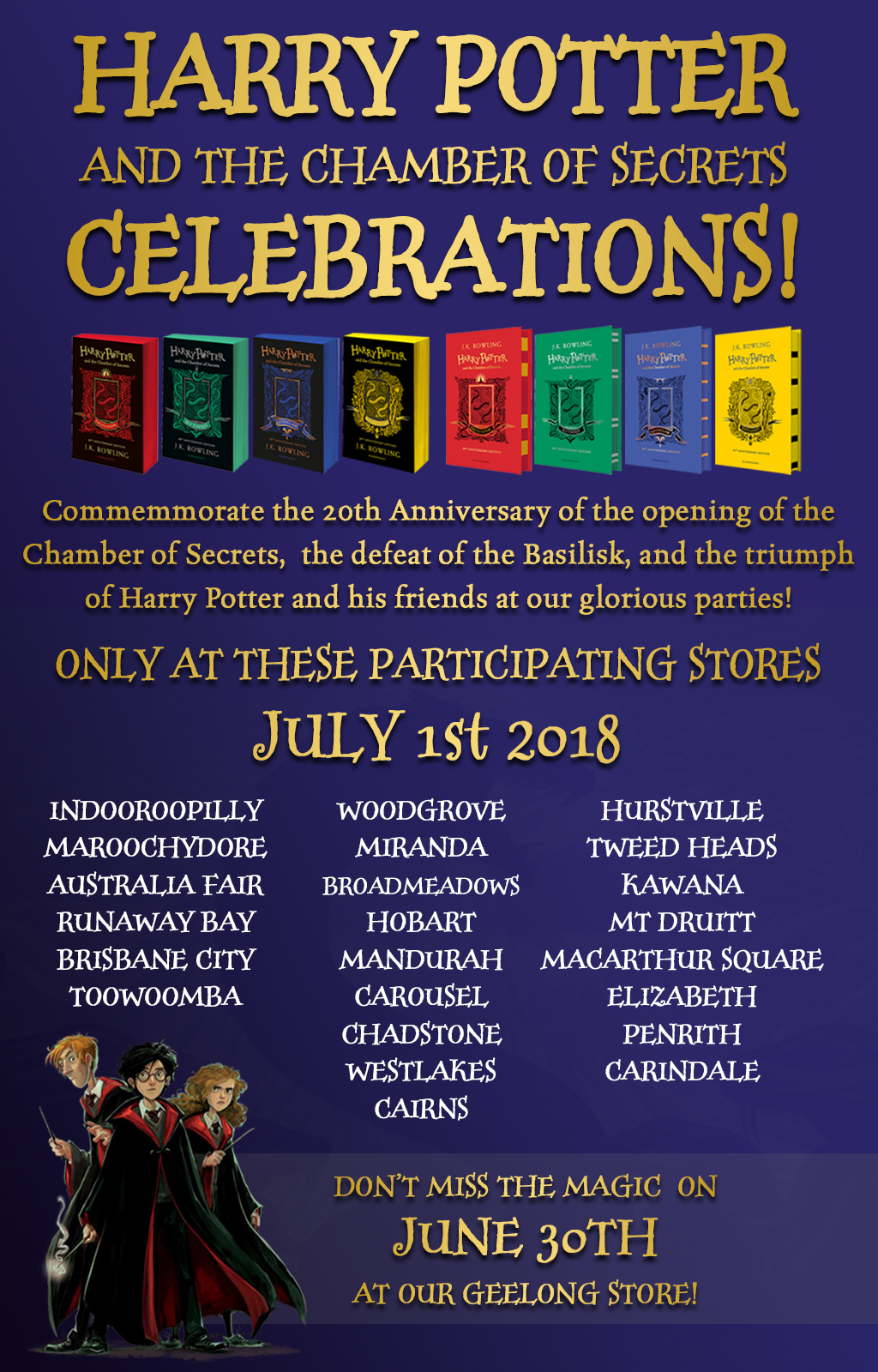 Joanne "Jo" Rowling OBE (born 31 July 1965), who writes under the pen name J. K. Rowling, is a British author, best known as the creator of the Harry Potter fantasy series, the idea for which was conceived whilst on a train trip from Manchester to London in 1990. The Potter books have gained worldwide attention, won multiple awards, and sold more than 400 million copies.

Aside from writing the Potter novels, Rowling is equally famous for her "rags to riches" life story, in which she progressed from living on welfare to multi-millionaire status within five years. The 2008 Sunday Times Rich List estimated Rowling's fortune at 560 million ($1.1 billion), ranking her as the twelfth richest woman in Britain. Forbes ranked Rowling as the forty eighth most powerful celebrity of 2007, and Time magazine named her as a runner-up for its 2007 Person of the Year, noting the social, moral, and political inspiration she has given her fandom. She has become a notable philanthropist, supporting such charities as Comic Relief, One Parent Families and the Multiple Sclerosis Society of Great Britain.
RRP refers to the Recommended Retail Price as set out by the original publisher at time of release.
The RRP set by overseas publishers may vary to those set by local publishers due to exchange rates and shipping costs.
Due to our competitive pricing, we may have not sold all products at their original RRP.