Suicide bombers are easy to spot.
They give out all kinds of tell-tale signs.There are twelve things to look for.No one who has worked in law enforcement will ever forget them.

Will Reacher intervene, and save lives?
Or is he wrong?Will his intervention cost lives - including his own? 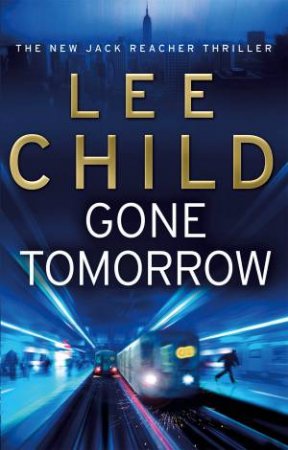 Gone Tomorrow
Lee Child
$19.99
RRP refers to the Recommended Retail Price as set out by the original publisher at time of release.
The RRP set by overseas publishers may vary to those set by local publishers due to exchange rates and shipping costs.
Due to our competitive pricing, we may have not sold all products at their original RRP.