March 1997. A woman has her throat cut behind a bar in Mississippi. Just down the road is a big army base. Is the murderer a local guy - or is he a soldier?

Jack Reacher, still a major in the military police, is sent in undercover. The county sheriff is a former U.S. Marine - and a stunningly beautiful woman. Her investigation is going nowhere. Is the Pentagon stonewalling her? Or doesn't she really want to find the killer? 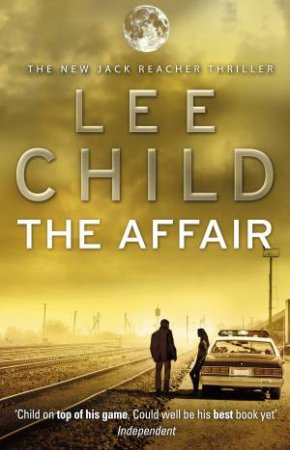 The Affair
Lee Child
$19.99
RRP refers to the Recommended Retail Price as set out by the original publisher at time of release.
The RRP set by overseas publishers may vary to those set by local publishers due to exchange rates and shipping costs.
Due to our competitive pricing, we may have not sold all products at their original RRP.