Jack Reacher, alone, strolling nowhere.
A Chicago street in bright sunshine. A young woman, struggling on crutches. He offers her a steadying arm.
And turns to see a handgun aimed at his stomach.

Chained in a dark van racing across America, Reacher doesn't know why they've been kidnapped. The woman claims to be FBI. She's certainly tough enough. But at their remote destination, will raw courage be enough to overcome the hopeless odds? 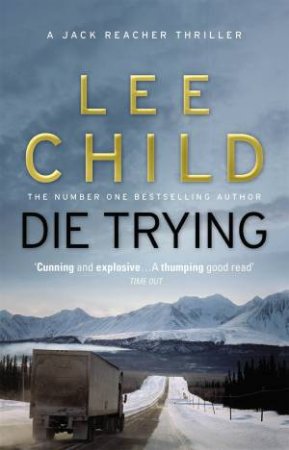 Die Trying
Lee Child
$19.99
RRP refers to the Recommended Retail Price as set out by the original publisher at time of release.
The RRP set by overseas publishers may vary to those set by local publishers due to exchange rates and shipping costs.
Due to our competitive pricing, we may have not sold all products at their original RRP.