For Jack Reacher being invisible has become a habit.
He spends his days digging swimming pools by hand and his nights as the bouncer in the local strip club in the Florida Keys.
He doesn't want to be found.

But someone has sent a private detective to seek him out. Then Reacher finds the guy beaten to death with his fingertips sliced off. It's time to head north and work out who is trying to find him and why. 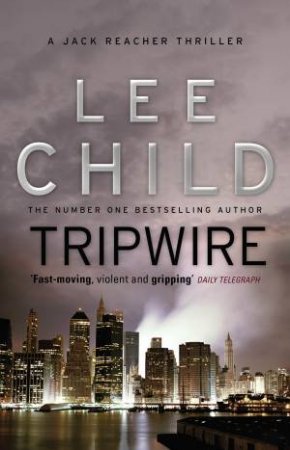 Tripwire
Lee Child
$19.99
RRP refers to the Recommended Retail Price as set out by the original publisher at time of release.
The RRP set by overseas publishers may vary to those set by local publishers due to exchange rates and shipping costs.
Due to our competitive pricing, we may have not sold all products at their original RRP.