Sergeant Amy Callan and Lieutenant Caroline Cooke have a lot in common.
Both were army high-flyers. Both were aquainted with Jack Reacher. Both were forced to resign from the service.
Now they're both dead.
Found in their own homes, naked, in a bath full of paint.
Apparent victims of an army man. A loner, a smart guy with a score to settle, a ruthless vigilante.
A man just like Jack Reacher. 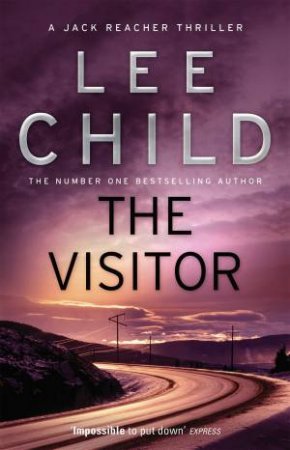 The Visitor
Lee Child
$19.99
RRP refers to the Recommended Retail Price as set out by the original publisher at time of release.
The RRP set by overseas publishers may vary to those set by local publishers due to exchange rates and shipping costs.
Due to our competitive pricing, we may have not sold all products at their original RRP.