Jasper Fforde (born in London on 11 January 1961) is an English novelist. Fforde's first novel, The Eyre Affair, was published in 2001. Fforde is mainly known for his Thursday Next novels, although he has written another series, the Nursery Crime Stories series.

Fforde was born on 11 January, 1961. His father was John Standish Fforde, the 24th Chief Cashier for the Bank of England (whose signature used to appear on sterling banknotes). He is the cousin of the author Katie Fforde.

Fforde was educated at the progressive Dartington Hall School, and his early career was spent as a focus puller in the film industry, where he worked on a number of films, including Quills, GoldenEye, and Entrapment 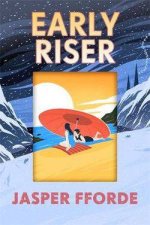 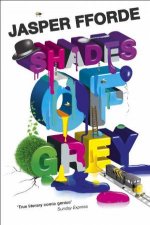 The Big Over Easy
by Jasper Fforde
19.99
19.99
_% Off
RRP refers to the Recommended Retail Price as set out by the original publisher at time of release.
The RRP set by overseas publishers may vary to those set by local publishers due to exchange rates and shipping costs.
Due to our competitive pricing, we may have not sold all products at their original RRP.