Jay Asher was born on September 30, 1975 in Arcadia, CA. He gratuated from San Luis Obispo High School in 1993, and went on to attend Cuesta Community College and Cal Poly San Luis Obispo.

Except for six months in Wyoming, Asher lived his entire life in California. It was during those six months in Sheridan, Wyoming that he came up with the idea for Thirteen Reasons Why, later published in 2009. He went on to publish a second novel, The Future of Us. 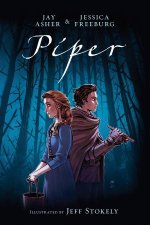 What Light
by Jay Asher
8.99
8.99
_% Off
RRP refers to the Recommended Retail Price as set out by the original publisher at time of release.
The RRP set by overseas publishers may vary to those set by local publishers due to exchange rates and shipping costs.
Due to our competitive pricing, we may have not sold all products at their original RRP.