Jennifer Estep is a New York Times bestselling author, prowling the streets of her imagination in search of her next fantasy idea. She writes the Elemental Assassin urban fantasy series for Pocket Books. The books focus on Gin Blanco, an assassin codenamed the Spider who can control the elements of Ice and Stone. When she's not busy killing people and righting wrongs, Gin runs a barbecue restaurant called the Pork Pit in the fictional Southern metropolis of Ashland. The city is also home to giants, dwarves, vampires, and elementals Air, Fire, Ice, and Stone.

Books in the series are Spider's Bite, Web of Lies, Venom, Tangled Threads, and Spider's Revenge. By a Thread, the sixth book, will hit shelves in March 2012, while Widow's Web, the seventh book, is set to be released in September 2012.

Also, Haints and Hobwebs: An Elemental Assassin short story will be published in The Mammoth Book of Ghost Romance, which will be released in October 2012. 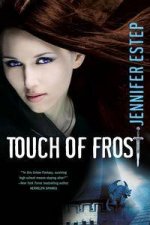 Spider's Bite
by Jennifer Estep
14.99
14.99
_% Off
RRP refers to the Recommended Retail Price as set out by the original publisher at time of release.
The RRP set by overseas publishers may vary to those set by local publishers due to exchange rates and shipping costs.
Due to our competitive pricing, we may have not sold all products at their original RRP.