Johanna Helen Lindsey was born on March 10, 1952 in Germany, where her father, a soldier in the U.S. Army, was stationed. The family moved about a great deal when she was young. Her father always dreamed of retiring to Hawaii, and after he passed away in 1964 Johanna and her mother settled there to honor him. In 1970, when she was still in school, she married Ralph, becoming a young housewife. The marriage had three children; Alfred, Joseph and Garret, who already have made her a grandmother. After her husband's death, Johanna moved to Maine, New England, to stay near her family.

Johanna wrote her first book, Captive Bride in 1977 "on a whim", and the book was a success. By 2006, with over 58 Million copies of her books have been sold worldwide, with translations appearing in 12 languages, Johanna Lindsey is one of the world's most popular authors of historical romance. Johanna's books span the various eras of history, including books set in the Middle Ages, the American "Old West" and the popular Regency England-Scotland. She has even written a few sci-fi romances. By far the most popular among her books are the stories about the Malory-Anderson Family, a Regency England saga. 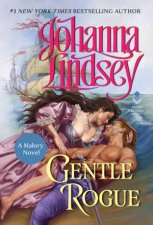 When Passion Rules
by Johanna Lindsey
9.99
9.99
_% Off
RRP refers to the Recommended Retail Price as set out by the original publisher at time of release.
The RRP set by overseas publishers may vary to those set by local publishers due to exchange rates and shipping costs.
Due to our competitive pricing, we may have not sold all products at their original RRP.