Lord Colum of Sevenwaters is blessed with seven children: Liam, a natural leader; Diarmid with his passion for adventure; twins Cormack and Conor each with a different calling; rebellious Finbar grown old before his time by his gift of Sight; and the young compassionate Padriac.But it is Sorcha, the seventh child and only daughter, too young to have known her mother, who alone is destined to defend her family and protect her land from the Britons and the clan known as Northwoods. For her father has been bewitched by Lady Oonagh and her brothers bound by a spell that only Sorcha can lift.Exiled from Sevenwaters and cast out into the forest and beyond, Sorcha falls into the hands of the enemy. Now she is torn between the life she has always known and a love that only comes once. 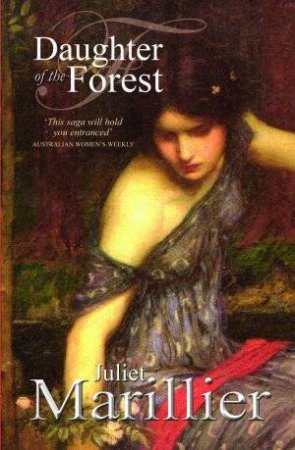 Daughter of the Forest
Juliet Marillier
$24.99
RRP refers to the Recommended Retail Price as set out by the original publisher at time of release.
The RRP set by overseas publishers may vary to those set by local publishers due to exchange rates and shipping costs.
Due to our competitive pricing, we may have not sold all products at their original RRP.