Sam Ryan has no memory of her past. All she has is a crayon drawing of a woman with the word 'Mummy' scrawled underneath. For the ten years Sam's been with the State Police, she's used their resources to search for any clues to her identity. But it's as if all mention of her family has been deliberately wiped off the system, and no one knows why. Everything changes the night her missing partner, Jack, attempts to kill her. Charged with his murder, Sam finds herself accepting help from Gabriel Stern - a shapeshifter with secrets of his own. As Sam delves into her partner's death, she discovers that not only is he very much alive, but he's involved with an organisation that plans to destroy the human race. Worse, someone knows the truth about Sam's past, and it appears that they'd rather see her dead than have her uncover it. 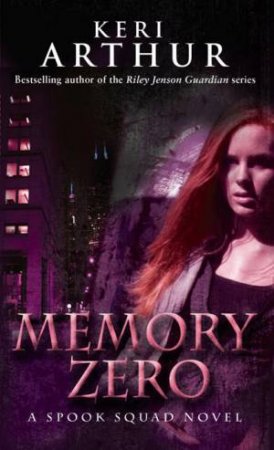 Memory Zero
Keri Arthur
$38.99
RRP refers to the Recommended Retail Price as set out by the original publisher at time of release.
The RRP set by overseas publishers may vary to those set by local publishers due to exchange rates and shipping costs.
Due to our competitive pricing, we may have not sold all products at their original RRP.