Someone is murdering humans on the Ripple Creek Werewolf Reservation, and the murders are eerily similar to those Chief Ranger Savannah Grant witnessed nearly ten years ago. Having once had the reputation for being the wild sister, it seems her past has come back to haunt her. Worse still, the man sent in to help with the investigation is the one man Savannah had hoped never to see again - the man who had taken her trust and her heart, and smashed them both.

Cade Jones is in Ripple Creek to catch the killer who escaped a decade ago. He doesn't expect to find the woman who nearly caused his death - a woman who knows far more than she'll ever let on. This time, Cade has every intention of discovering exactly what she does know. Soon it becomes clear that the murders are not random and Savannah finds herself having to trust the one man she'd sworn never to trust again. 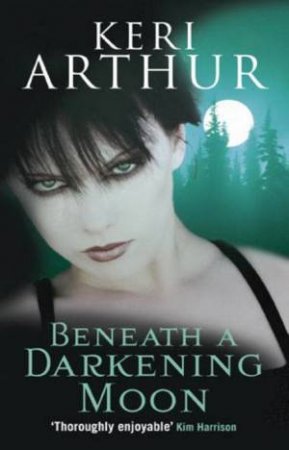 Beneath A Darkening Moon
Keri Arthur
$21.99
RRP refers to the Recommended Retail Price as set out by the original publisher at time of release.
The RRP set by overseas publishers may vary to those set by local publishers due to exchange rates and shipping costs.
Due to our competitive pricing, we may have not sold all products at their original RRP.