Larissa and Stephanie Tyler co-wrote several paranormal fiction books together. Larissa used the pen name Sydney Croft. The publisher requested that they did it since they were both unknowns, having no track record, no books published. They were asked to come up with a single name rather than using two. So they threw some ideas back and forth, and then settled on Sydney (from Alias's Sydney Bristow,) and Croft (from Lara Croft, Tomb Raider.) They don't even have their real names in the bio in the back of the books! 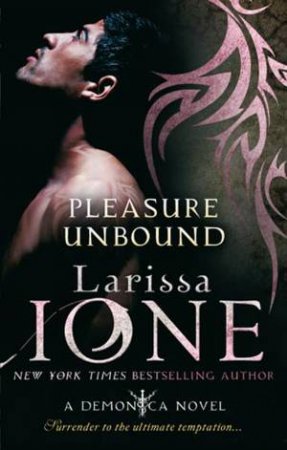 Pleasure Unbound
Larissa Ione
$21.99
RRP refers to the Recommended Retail Price as set out by the original publisher at time of release.
The RRP set by overseas publishers may vary to those set by local publishers due to exchange rates and shipping costs.
Due to our competitive pricing, we may have not sold all products at their original RRP.