Lauren Katherine Conrad was born February 1, 1986. She is an American television personality, celebutante, author and fashion designer. She is best known for being featured in the MTV reality series Laguna Beach: The Real Orange County and for her spin-off show, The Hills, which at one point followed her personal and professional life as she pursues a career in the fashion industry.

In June 2009, Conrad released her first novel, L.A. Candy. Based on Conrad's personal life, L.A. Candy is a semi-autobiographical novel about a 19-year-old girl who moves to Los Angeles and becomes the star of a reality TV show. Her second novel, Sweet Little Lies: An L.A. Candy Novel, was released in February 2010 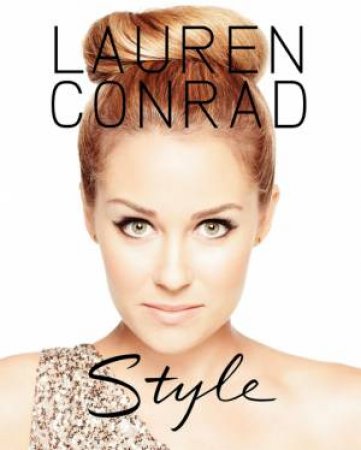 Lauren Conrad Style
Lauren Conrad
$19.99
RRP refers to the Recommended Retail Price as set out by the original publisher at time of release.
The RRP set by overseas publishers may vary to those set by local publishers due to exchange rates and shipping costs.
Due to our competitive pricing, we may have not sold all products at their original RRP.