Block has lived in New York City for decades, setting most of his fiction there, and has come to be very closely associated with the city. He is married to Lynne Block, and has three daughters, Amy Reichel, Jill Block and Alison Pouliot, from an earlier marriage. With Lynne, he spends much of his time travelling (the two have been to nearly 100 countries), but continues to consider New York his home. 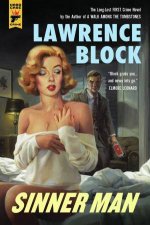 The Bernie Rhodenbarr Mysteries: Volume One
by Lawrence Block
35.00
35.00
_% Off
RRP refers to the Recommended Retail Price as set out by the original publisher at time of release.
The RRP set by overseas publishers may vary to those set by local publishers due to exchange rates and shipping costs.
Due to our competitive pricing, we may have not sold all products at their original RRP.