Raised and educated in Sydney, at seven I was a tomboy and hated playing with girls. At thirteen, when puberty struck, I accepted that my tomboy days were over, besides, I'd discovered that boys weren't such horrid creatures after all. I left school at the age of 15, not because I wanted to leave, I wanted to stay on and become a teacher, but the principal didn't think I was sufficiently academic to get the marks to go to teachers' college. So I left and worked in various office type positions but along the way I studied (part-time) classical guitar, amateur acting and commercial art. At seventeen, like most teenagers I wanted to buy a car but couldn't afford one so I bought a motor scooter complete with helmet, leather jacket and gloves instead.

By the time I was twenty I was married. That's when I decided I wanted to be no, not a writer, but a singer! I saw myself singing on stage to large audiences all around the countryside. I became an entertainer and worked a cabaret act under the name of Linda Gaye for six years, until 1968. 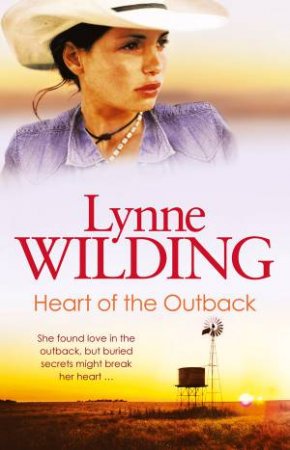 Heart of the Outback
Lynne Wilding
$15.99

Audiobook
Outback Sunset
Lynne Wilding
Kate Hood
$29.95
RRP refers to the Recommended Retail Price as set out by the original publisher at time of release.
The RRP set by overseas publishers may vary to those set by local publishers due to exchange rates and shipping costs.
Due to our competitive pricing, we may have not sold all products at their original RRP.