I grew up in the wild suburbs of Long Island, moved to New York City at age 17 to study acting at New York University, and dropped out to be in the chorus of a Broadway musical which flopped. The show was "Merrily We Roll Along," with a glorious score by Stephen Sondheim. Go listen to the album, you will love.

Lean and action-packed years of acting, directing, and making drunk people laugh at comedy clubs followed. Becoming a writer seemed the only way out of this Dickensian existence. Little did I know!

I started out writing for the theatre and film, as a lyricist, librettist, playwright and screenwriter. I am proud to be the first recipient of the Georgia Bogardus Holof Lyricist Award, and a three-time recipient of the Richard Rodgers Award for New Musicals, which is administered by the American Academy of Arts and Letters. Yes, you may call me Miss Fancy Pants. 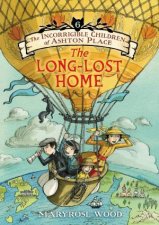 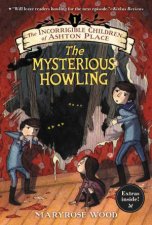 The Mysterious Howling
by Maryrose Wood
9.99
9.99
_% Off
RRP refers to the Recommended Retail Price as set out by the original publisher at time of release.
The RRP set by overseas publishers may vary to those set by local publishers due to exchange rates and shipping costs.
Due to our competitive pricing, we may have not sold all products at their original RRP.