Maureen's husband's name is Richard and they have been married for over forty five years. They have three sons in their thirties. She was born in a place called Bootle situated on the edge of Liverpool: the Second World War was on at the time. Her house was an end terrace very close to the docks, a favourite target of enemy bombs. Her family suffered a few near misses and eventually moved to a new estate in Kirkby. Maureen attended commercial college and became a shorthand typist.

In 1960, Richard's job caused a move to London, then in 1965, to Essex where she has lived ever since, the last twenty years in Colchester. Maureen started to write at about the same time as she got married: mainly short stories over the years, she have had about one hundred and fifty published in magazines all over the world. She also wrote two novels that were never published and would have liked to continue writing longer works, but by then the children had started to arrive and, being a rather inefficient mother, she stuck with short stories, knowing that she could at least get them finished.

In 1981, she had a full-length musical play, When Adam Delved and Eve Span produced at the local theatre. The following year, her novel Lila was published in America. However, it wasn't until 1990, when the boys had left home, that she rented an office and got down to writing full time. Four years later her first saga, Stepping Stones was published by Orion. It seemed only natural to begin the story in Liverpool and, following this, Orion commissioned her to write a trilogy set in her city' during the war. Since then, Maureen has had a saga published every year. 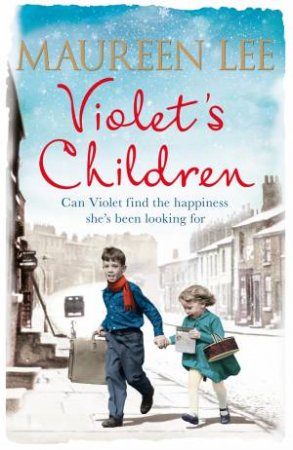 Violet's Children
Maureen Lee
$22.99
RRP refers to the Recommended Retail Price as set out by the original publisher at time of release.
The RRP set by overseas publishers may vary to those set by local publishers due to exchange rates and shipping costs.
Due to our competitive pricing, we may have not sold all products at their original RRP.