He became editor of Tarzan Adventures in 1956, at the age of 16, and later moved on to edit Sexton Blake Library. As editor of the controversial British science fiction magazine New Worlds, from May 1964 until March 1971 and then again from 1976 to 1996, Moorcock fostered the development of the science fiction "New Wave" in the UK and indirectly in the United States. His serialization of Norman Spinrad's Bug Jack Barron was notorious for causing British MPs to condemn in Parliament the Arts Council's funding of the magazine.

During this time, he occasionally wrote under the pseudonym of "James Colvin", a "house pseudonym" used by other critics on New Worlds. A spoof obituary of Colvin appeared in New Worlds #197 (January 1970), written by "William Barclay" (another Moorcock pseudonym). Moorcock makes much use of the initials "JC"; these are also the initials of Jesus Christ, the subject of his 1967 Nebula award-winning novella Behold the Man, which tells the story of Karl Glogauer, a time-traveller who takes on the role of Christ. They are also the initials of various "Eternal Champion" Moorcock characters such as Jerry Cornelius, Jerry Cornell and Jherek Carnelian. In more recent years, Moorcock has taken to using "Warwick Colvin, Jr." as a pseudonym, particularly in his "Second Ether" fiction. In 2008, The Times newspaper named Moorcock in their list of "The 50 greatest British writers since 1945". 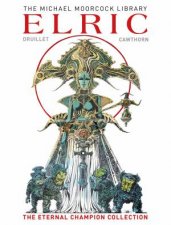 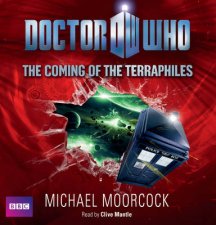 Doctor Who: Coming of the Terraphiles UA 9/480
by Michael Moorcock
39.99
39.99
_% Off
RRP refers to the Recommended Retail Price as set out by the original publisher at time of release.
The RRP set by overseas publishers may vary to those set by local publishers due to exchange rates and shipping costs.
Due to our competitive pricing, we may have not sold all products at their original RRP.