Mitchel David "Mitch" Albom (born May 23, 1958) is an American best-selling author, journalist, screenwriter, dramatist, radio and television broadcaster and musician. His books have sold over 26 million copies worldwide. Having achieved national recognition for his sports writing in the earlier part of his career, he is perhaps best known now for the inspirational stories and themes that weave through his books, plays and films. He is also well-known for his philanthropic work in Detroit, Michigan where he founded three charities.

Albom's breakthrough book came about after viewing Morrie Schwartz's interview with Ted Koppel on ABC News Nightline in 1995, in which Schwartz, a sociology professor, spoke about living and dying with a terminal disease, ALS (amyotrophic lateral sclerosis, or Lou Gehrig's disease). Albom, who had been close with Schwartz during his college years at Brandeis, reconnected with his former professor, visiting him in suburban Boston and eventually coming every Tuesday for discussions about life and death. he initial printing was 20,000 copies. Word of mouth grew the book sales slowly, and a brief appearance on The Oprah Winfrey Show nudged the book onto the New York Times bestseller's list in October 1997. It steadily climbed, reaching the No. 1 position six months later. It remained on the New York Times bestseller list for 205 weeks. Now the bestselling memoir of all time, Tuesdays With Morrie has sold over 14 million copies and has been translated into 41 languages. 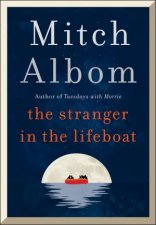 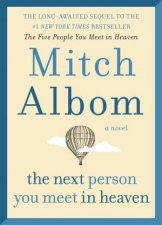 Tuesdays With Morrie
by Mitch Albom
19.99
19.99
_% Off
RRP refers to the Recommended Retail Price as set out by the original publisher at time of release.
The RRP set by overseas publishers may vary to those set by local publishers due to exchange rates and shipping costs.
Due to our competitive pricing, we may have not sold all products at their original RRP.