To Be Every Where Spoken Against, at First the Case of the Christians Themselves, and Now of the Protestant Dissenters. Considered in Two Sermons Preach'd at Black Fryars, March the 9th and 6th, 171 1/2. ... by S. Wright
S Wright
RRP $35.99
$35.99

The Happiness of Good Men After Death. a Sermon Preach'd at the Parish-Church of St. George's of Colgate, in the City of Norwich
John Clarke
RRP $33.99
$33.99

The Newtonian System of Philosophy Adapted to the Capacities of Young Gentlemen and Ladies, ... Being the Substance of Six Lectures Read to the Lilliputian Society the Sixth Edition.
Tom Telescope
RRP $39.99
$39.99

Extracts from the New Version of Psalms, to Be Used in Pontefract Church
Multiple Contributors
RRP $39.99
$39.99

The Nature and Advantages of Well-Doing. a Sermon Preached in the Parish Church of St. Mary, Leicester, on Easter-Day, April 8th, 1787. for the Benefit of the Charity-School
Thomas Lloyd
RRP $39.99
$39.99

The Progress of Morality, Religion and Laws, in the Different Periods of the World, Considered in a Sermon, Preached at the Assizes at Reading, Before the Honorable Mr. Justice Wilson, and Mr. Justice Grose, March 6, 1792
Richard Valpy
RRP $43.99
$43.99 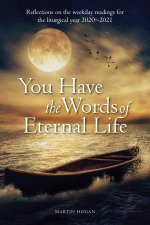 The World Religions Speak on "The Relevance of Religion in the Modern World"
Finley Peter Dunne
RRP $158.99
$158.99

RRP refers to the Recommended Retail Price as set out by the original publisher at time of release.
The RRP set by overseas publishers may vary to those set by local publishers due to exchange rates and shipping costs.
Due to our competitive pricing, we may have not sold all products at their original RRP.