Patricia Edgar has been at the forefront in the development of children's television in Australia for a number of years. She was the Victorian Task Force Director during the establishment of the Australian Children's Television Foundation in 1980 81, and became the Director of the Foundation when it was incorporated in March 1982. Prior to accepting the position at the Foundation she was the first Chairperson of the Children's Program Committee, an advisory committee to the Australian Broadcasting Tribunal on children's television a position she held for five years until January 1984.

As Director of the Australian Children's Television Foundation, Dr Edgar has been the producer responsible for the Foundation's $75 million production slate. The Foundation's programs have won 62 national and international awards including an Emmy Award, the Prix Jeunesse Award and four AFI Awards, and they have been sold into 98 countries. 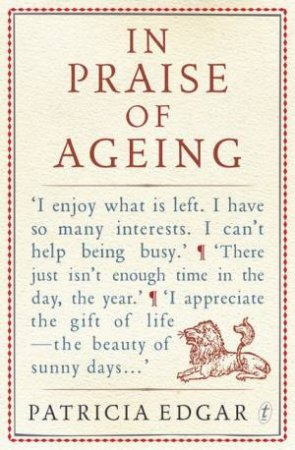 In Praise of Ageing
Patricia Edgar
$32.99 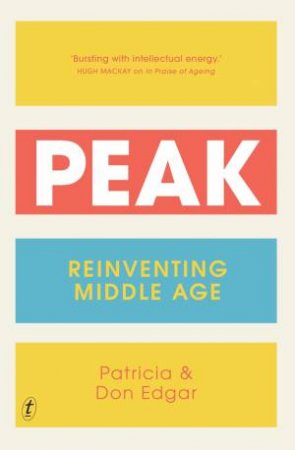 Peak: Reinventing Middle Age
Patricia Edgar
$32.99
RRP refers to the Recommended Retail Price as set out by the original publisher at time of release.
The RRP set by overseas publishers may vary to those set by local publishers due to exchange rates and shipping costs.
Due to our competitive pricing, we may have not sold all products at their original RRP.