These cheerful and inviting Early Readers bring the blast of colour that Rainbow Magic's youngest fans have been waiting for!
Kirsty and Rachel are attending a grand costume party at McKersey Castle. But Jack Frost thinks the castle should be hosting his party instead, and steals Flora the Fancy Dress Fairy's magic items to further his naughty plan! It's up to Rachel and Kirsty to set things right in this abridged, simplified version of the bestselling Rainbow Magic story. 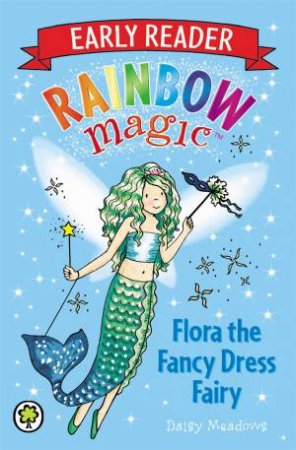 Flora The Fancy Dress Fairy
Daisy Meadows
$10.99
RRP refers to the Recommended Retail Price as set out by the original publisher at time of release.
The RRP set by overseas publishers may vary to those set by local publishers due to exchange rates and shipping costs.
Due to our competitive pricing, we may have not sold all products at their original RRP.