Following the events in 'Isle Witch', Walker Boh finds himself alone, caught in a dark maze beneath the ruined city of Castledown, stalked by a hungry, unseen enemy. Inhuman and old beyond reckoning, it commands ancient technologies and covets the magic of the living races. It is Antrax, and it traps the souls of men . . .

Above Castledown, the crew of the airship "Jerle Shannara" find themselves besieged by evil forces, and the Isle Witch confronts the druid's protégé, Bek Rowe, who claims to be the brother she last saw as an infant - now a young man who carries the Sword of Shannara and wields the magic of the wishsong.

But the time is fast approaching when Bek Rowe must choose between betrayal and redemption. Such is the burden carried by the true heir to the ancient magic of Shannara. 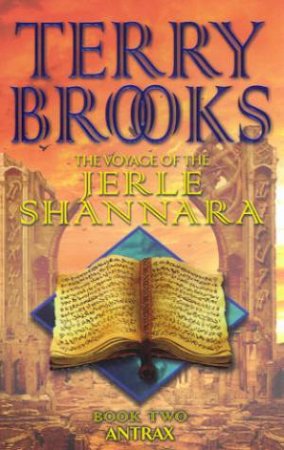 Antrax
Terry Brooks
$16.99
RRP refers to the Recommended Retail Price as set out by the original publisher at time of release.
The RRP set by overseas publishers may vary to those set by local publishers due to exchange rates and shipping costs.
Due to our competitive pricing, we may have not sold all products at their original RRP.