Five centuries ago, a catastrophic demon war left the world in ruins. Since then, the survivors - humans, elves and other mutants - have found sanctuary in a mountain valley protected by magic. But now these protective wards have failed, and a ruthless troll army is on the brink of invasion.

Sider Ament was the survivors' only hope for salvation. He was bearer of the last remaining black staff - a powerful talisman passed down through the centuries by the Knights of the Word - and the key to keeping the magic of the world in balance. But now Sider is dead.

To stave off annihilation, the staff's magic must be preserved. Panterra Qu, a young Tracker gifted with the staff at Sider's death, struggles to control its power. And great sacrifices must be made - for all will pay a price if the war between the Word and the Void tips towards darkness. 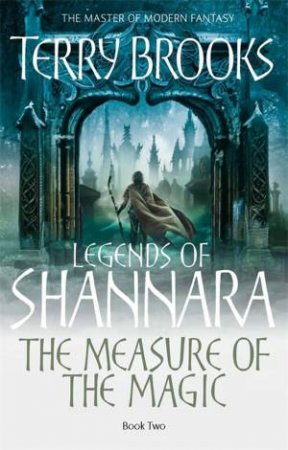 The Measure Of The Magic
Terry Brooks
$22.99
RRP refers to the Recommended Retail Price as set out by the original publisher at time of release.
The RRP set by overseas publishers may vary to those set by local publishers due to exchange rates and shipping costs.
Due to our competitive pricing, we may have not sold all products at their original RRP.