Sydney Bauer was born in the late sixties, her father a theatre manager and film promoter, her mother a fashion model and home maker.

She began as a junior publicist at Network Ten, and within four years was appointed National Network Director of Publicity whilst still in her twenties. In the late nineties she moved to the Seven Network to become Sydney Director of Programming.

It was the writing talents of these scriptwriters, and an admiration for authors such as Lee Child, David Baldacci, Dennis Lehane, John Grisham, Michael Connelly, Robert Crais and Richard North Patterson, that inspired Sydney to put pen to paper and start her own franchise - in the form of a series of novels featuring Boston based criminal attorney, David Cavanaugh. 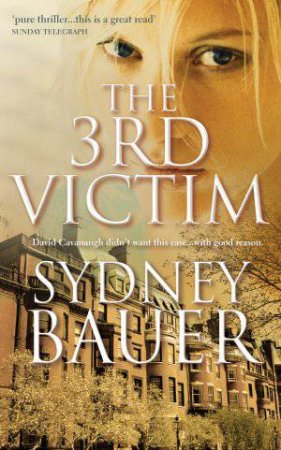 Audiobook
Undertow
Sydney Bauer
Bill Ten Eyck
$39.95
RRP refers to the Recommended Retail Price as set out by the original publisher at time of release.
The RRP set by overseas publishers may vary to those set by local publishers due to exchange rates and shipping costs.
Due to our competitive pricing, we may have not sold all products at their original RRP.