An enormous vortex spiralled above the earth, out beyond the orbit of the moon. Its centre was expanding to form a huge glowing corridor through the fabric of space. This brilliant mass shot forth thousands of glowing balls of light that proceeded to descend toward our planet.

As Tory awaits Maelgwn’s return, she endeavours to find out the truth behind her ancestry and is shocked to discover that her clan is not the only tribe of immortals the Gods have nurtured.

One by one, allies from Tory’s past re-emerge to help her through a time of tribulation when her clan is made outcast from mainstream society ... an old enemy, incarnate, is seeking revenge on the Dragon’s kin.

And now, aided by a divine power, an interstellar army is set to destroy ‘the Chosen’ at the foretold Gathering of Kings. 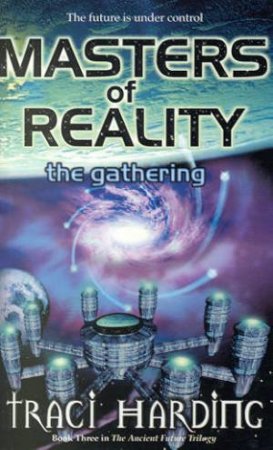 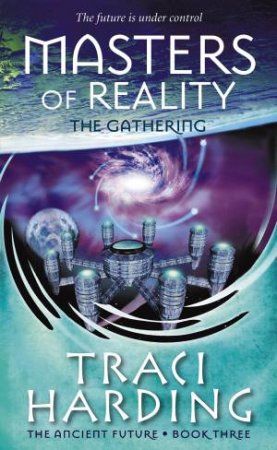 Masters Of Reality - The Gathering
Traci Harding
$19.99
RRP refers to the Recommended Retail Price as set out by the original publisher at time of release.
The RRP set by overseas publishers may vary to those set by local publishers due to exchange rates and shipping costs.
Due to our competitive pricing, we may have not sold all products at their original RRP.