Clare Francis's first novel Night Sky was published in 1983 to international success. It went to number one in the Sunday Times bestseller list, and spent six weeks in the New York Times top 10.

Three more thrillers followed, Red Crystal (1985), Wolf Winter (1987), and Requiem (1991), which was published in the U.S. as The Killing Winds. Her first crime novel, Deceit, was published in 1993, and dramatised for television in 2000. Four other highly successful crime novels have followed, and a highly acclaimed literary novel, Homeland. Her latest crime novel Unforgotten has just been published. Her books have been translated into 20 languages and published in over 30 countries. 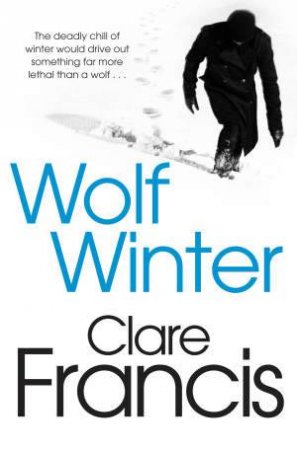 Wolf Winter
Clare Francis
$19.99
RRP refers to the Recommended Retail Price as set out by the original publisher at time of release.
The RRP set by overseas publishers may vary to those set by local publishers due to exchange rates and shipping costs.
Due to our competitive pricing, we may have not sold all products at their original RRP.