Ellen Schreiber was an actress and a stand-up comedian before becoming an author; she was also a real-estate agent.

She studied Shakespearean theater at the Royal Academy of Dramatic Art in London and comedy at The Second City of Chicago, which is where she lived for five years.

As a novelist she has had several works published in Europe and America. Her brother, Mark Schreiber, is also an author. 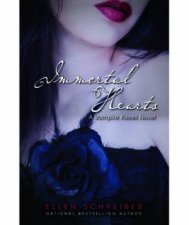 Dance With a Vampire
by Ellen Schreiber
12.95
12.95
_% Off
RRP refers to the Recommended Retail Price as set out by the original publisher at time of release.
The RRP set by overseas publishers may vary to those set by local publishers due to exchange rates and shipping costs.
Due to our competitive pricing, we may have not sold all products at their original RRP.