After a career as comedian, with some parts for cinema, he began to write and sing songs, taking part to three editions of the Sanremo Music Festival in 1992-1995. He also wrote songs for Mina and for two albums by Angelo Branduardi, Camminando camminando (1996) and Il dito e la luna (1998). 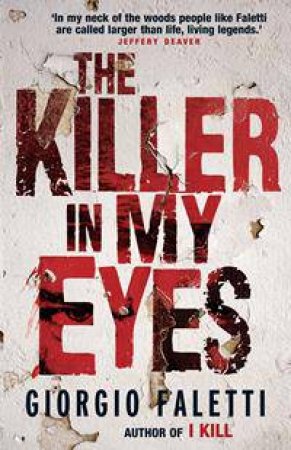 The Killer In My Eyes
Giorgio Faletti
$19.99
RRP refers to the Recommended Retail Price as set out by the original publisher at time of release.
The RRP set by overseas publishers may vary to those set by local publishers due to exchange rates and shipping costs.
Due to our competitive pricing, we may have not sold all products at their original RRP.