James Aldridge was born in White Hills, Victoria in 1919 and attended Swan Hill High School. He began his career as a copyboy and then worked in the Picture Library of the Melbourne Sun. In 1938 he went to London and worked as a newspaperman on the Daily Sketch. During the war he became a war correspondent in Finland, Egypt and then the Soviet Union working for the Australian Newspaper Service, the North American Newspaper Alliance of New York and also for Time and Life.

James Aldridge's first novel was written during the war when he was a journalist. After the war he decided to leave regular journalism to have more time for his novels. He has lived in the United States, London and Europe, with two long visits home to Australia. His wife is Egyptian and they have two sons and four grandchildren. James Aldridge has written over twenty novels, many of them set in Australia. He is probably best known in Australia for his St Helen (a fictionalised Swan Hill) novels, loved by children and adults alike. His books have received many awards and several of them have been made into television series and films. The True Story of Lilli Stubeck won the 1985 Australian Book Council Award and The True Story of Spit MacPhee won the 1986 New South Wales Premier's Award as well as the 1987 Guardian Award in Britain. One of his best-known novels, A Sporting Proposition, was made into the film Ride a Wild Pony. 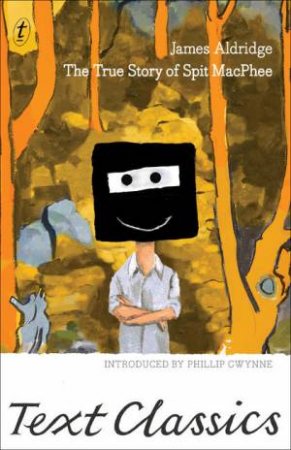 Text Classics: The True Story of Spit MacPhee
James Aldridge
$12.95
RRP refers to the Recommended Retail Price as set out by the original publisher at time of release.
The RRP set by overseas publishers may vary to those set by local publishers due to exchange rates and shipping costs.
Due to our competitive pricing, we may have not sold all products at their original RRP.