John Lutz's work includes political suspense, private eye novels, urban suspense, humor, occult, crime caper, police procedural, espionage, historical, futuristic, amateur detective, thriller; virtually every mystery sub-genre. He is the author of more than forty novels and over 200 short stories and articles. His novels and short fiction have been translated into almost every language and adapted for almost every medium. He is a past president of both Mystery Writers of America and Private Eye Writers of America. Among his awards are the MWA Edgar, the PWA Shamus, The Trophee 813 Award for best mystery short story collection translated into the French language, the PWA Life Achievement Award, and the Short Mystery Fiction Society's Golden Derringer Lifetime Achievement Award. He is the author of two private eye series, the Nudger series, set in St. Louis, Missouri, and the Carver series, set in Florida, as well as many non-series novels. His SWF SEEKS SAME was made into the hit movie SINGLE WHITE FEMALE, starring Bridget Fonda and Jennifer Jason Leigh, and his novel THE EX was made into the HBO original movie of the same title, for which he co-authored the screenplay.

When Lutz isn't writing, he's reading, following baseball, dining out with friends, or going to movies or plays.

Lutz and his wife, Barbara, split their time between St. Louis and Sarasota, Florida. His latest book is the suspense novel Mister X. 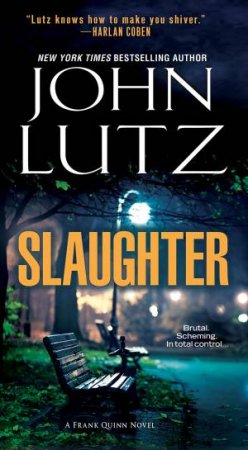 Twist
John Lutz
$23.99
RRP refers to the Recommended Retail Price as set out by the original publisher at time of release.
The RRP set by overseas publishers may vary to those set by local publishers due to exchange rates and shipping costs.
Due to our competitive pricing, we may have not sold all products at their original RRP.