Joy Chambers is an author, company chairman and a business woman. In 1990 she began writing; this could have been called her fifth career, for until that time she had combined actor and television panelist with that of business partner and wife of media mogul, Reg Grundy. A lover of history and never idle, Joy writes Fact-Based Fiction.

She began her television career in Australia and won Logie Awards for her performances in the 1970s, appearing in Australian productions including Neighbours, in which she played the role of Rosemary Daniels.

In 1995 Joy Chambers and Reg Grundy created RG Capital, a private group of entities with principal interests in media, the entertainment sector and advertising. Chambers is chairman of RG Capital Holdings Ltd. 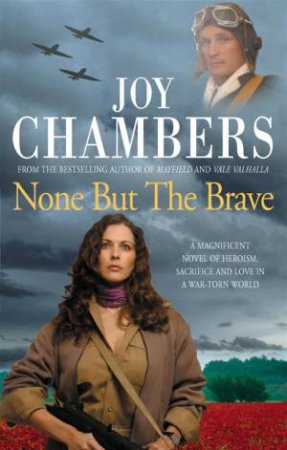 None But The Brave
Joy Chambers
$21.99
RRP refers to the Recommended Retail Price as set out by the original publisher at time of release.
The RRP set by overseas publishers may vary to those set by local publishers due to exchange rates and shipping costs.
Due to our competitive pricing, we may have not sold all products at their original RRP.