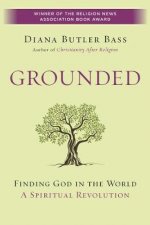 The Digger Movement in the Days of the Commonwealth, as Revealed in the Writings of Gerrard Winstanley, the Digger, Mystic, and Rationalist, Communist and Social Reformer
Lewis Henry Berens
RRP $51.99
$51.99

The Clergyman's Companion in Visiting the Sick. Being a Collection of the Following Particulars for That Purpose; ... to Which Are Annexed, the Offices of Publick and Private Baptism. the Ninth Edition.
John Wren
RRP $41.99
$41.99

A Letter to the Rev. Mr. John Jackson, Occasioned by His Remarks on Dr. Middleton's Free Inquiry Into the Miraculous Powers, Supposed to Have Subsisted in the Christian Church, from the Earliest Ages.
Multiple Contributors
RRP $35.99
$35.99

An Inquiry Into the Nature and Design of Christ's Temptation in the Wilderness. the Second Edition, Enlarged. to Which Is Added, an Appendix, Containing, Some Farther Observations Upon This Subject, ... by Hugh Farmer
Hugh Farmer
RRP $39.99
$39.99

A Sermon Preached Before the Right Honourable the Lords Spiritual and Temporal ... in the Abby-Church, Westminster, on Thursday, January 30th, 1752. ... by James, Lord Bishop of Hereford.
James Beauclerk
RRP $33.99
$33.99

The Fasts Days Service. Which Are Publickly Read in the Synagogue. by the Spanish and Portuguese Jews, and Used by All Families. Volume the Sixth. Volume 6 of 6
Multiple Contributors
RRP $49.99
$49.99

RRP refers to the Recommended Retail Price as set out by the original publisher at time of release.
The RRP set by overseas publishers may vary to those set by local publishers due to exchange rates and shipping costs.
Due to our competitive pricing, we may have not sold all products at their original RRP.