Peter Carey is the multi-award-winning author of eight novels, plus two highly acclaimed collections of short stories and a memoir, Wrong About Japan.

His books have won or been short-listed for every major literary award in Australia. He has won the Booker Prize twice - in 2001 for True History Of The Kelly Gang and in 1988 for Oscar And Lucinda. 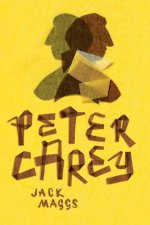 The Tax Inspector
by Peter Carey
19.99
19.99
_% Off
RRP refers to the Recommended Retail Price as set out by the original publisher at time of release.
The RRP set by overseas publishers may vary to those set by local publishers due to exchange rates and shipping costs.
Due to our competitive pricing, we may have not sold all products at their original RRP.