Robert Lyndon is the author of Hawk Quest, an epic adventure story set in 11th century Europe. It was published on the 4th of January 2012 by Little, Brown.

Robert Lyndon has been a falconer since boyhood. A keen student of history, he was intrigued by accounts of hawks being used as ransoms during the Middle Ages. Some of the scenes in Hawk Quest were inspired by Lyndon's own experiences as a falconer, climber and traveller in remote places. He has written many books and articles on history and exploration. A Fellow of the Royal Geographical Society, he lives in Dorset.

As of February 2011, foreign rights to Hawk Quest had been sold to Germany, Spain, the Czech Republic, Greece, Croatia and Serbia. 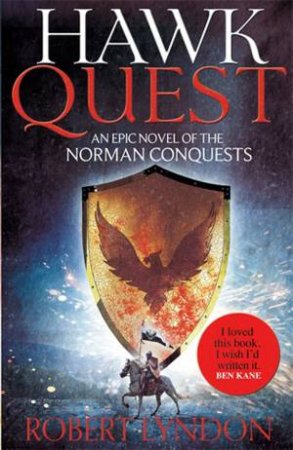 Plant Development
Robert Lyndon
$165.99
RRP refers to the Recommended Retail Price as set out by the original publisher at time of release.
The RRP set by overseas publishers may vary to those set by local publishers due to exchange rates and shipping costs.
Due to our competitive pricing, we may have not sold all products at their original RRP.