Sara Douglass was born on a small farm some twenty-five miles out of Penola in South Australia. It was called Gundealga, 'peaceful watering hole', and its names, and its woods and deer, are remembered in The Axis Trilogy. When she was about seven her family moved to Adelaide. An avid reader from an early age, Sara started writing as soon as she felt competent, about nine or ten, and produced a small novelette about the discovery of the eighth sea of the world which her teachers and parents regarded indulgently, looking over her head and nodding as if to say, "She'll grow out of it".

After completing a Bachelor of Arts at Adelaide University she wrote her first novel, The Judgement of Jerusalem for which she received polite rejection letters: "We wish you all the best in your future endeavours." and resolved never to write again. And for another six or seven years she immersed herself in a new career as an academic, teaching medieval history at La Trobe University, Bendigo. To relieve stress of the job Sara took up writing again, and tried to send several to Mills and Boon, but their initial rejection letters finally became stern letters imploring her to never contact them again as her writing was so 'dark'. Then with the help of the Melbourne Yellow pages she found a publisher for a manuscript, and the rest is history. 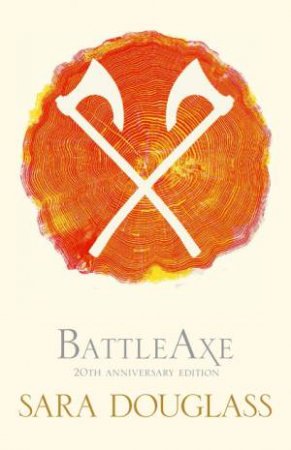 Sinner
Sara Douglass
$47.99
RRP refers to the Recommended Retail Price as set out by the original publisher at time of release.
The RRP set by overseas publishers may vary to those set by local publishers due to exchange rates and shipping costs.
Due to our competitive pricing, we may have not sold all products at their original RRP.