Yvonne Fein lives in Melbourne and has published short fiction and non-fiction, as well as having two plays performed. She has edited the Melbourne Chronicle and Generation, as well as two volumes of memoirs by Holocaust survivors, one of which won the National Book Council's inaugural Banjo Award for Biography. She has taught in schools and been a writer-in-residence. The second April Taub novel, Under the Influence, is to be published in 2002 and a third is underway. 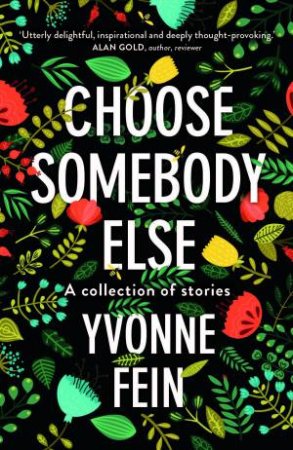 Choose Somebody Else
Yvonne Fein
$24.95
RRP refers to the Recommended Retail Price as set out by the original publisher at time of release.
The RRP set by overseas publishers may vary to those set by local publishers due to exchange rates and shipping costs.
Due to our competitive pricing, we may have not sold all products at their original RRP.