Alan Gould is one of Australia's most remarkable and underrated writers of literary fiction. Alan began his writing career as a poet, and there is no mistaking the poet' deft touches in his prose, nor his absolute dedication to his craft. He has received numerous literary awards, both for his poetry and his prose, including the prestigious NBC/Banjo Award in 1991 for his novel "To The Burning City". He is also an engaging performer of his own work, and at the Adelaide Festival held his audience spellbound with the strong rhythms of both his poems and his presentation. 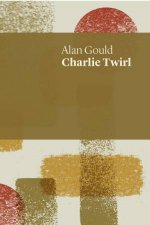 Charlie Twirl
by Alan Gould
22.99
22.99
_% Off
RRP refers to the Recommended Retail Price as set out by the original publisher at time of release.
The RRP set by overseas publishers may vary to those set by local publishers due to exchange rates and shipping costs.
Due to our competitive pricing, we may have not sold all products at their original RRP.