Alexander Baron, was born into the then largely Jewish East End. Converted to Communism at school, he remained left-wing throughout his life. He wrote the acclaimed trilogy of war novels, From the City, From the Plough, There's No Home and The Human Kind, drawing on his own experiences of the war. He wrote 14 novels, often set in a familiar London world, plays and television adaptations. Alexander died in December 1999. 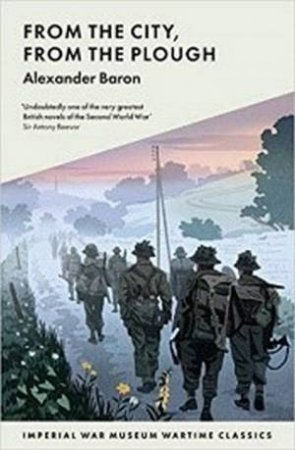 From The City, From The Plough
Alexander Baron
$22.99
RRP refers to the Recommended Retail Price as set out by the original publisher at time of release.
The RRP set by overseas publishers may vary to those set by local publishers due to exchange rates and shipping costs.
Due to our competitive pricing, we may have not sold all products at their original RRP.