Anna Latham didn't know how complicated life could get - until she became a werewolf. And now she's not just part of any pack, but under the direct supervision of Bran, leader of the North American werewolves.

And her mate is his son Charles, the pack enforcer. With all the advances that have been made in forensics, the werewolves will not be able to hide their existence from humans much longer - and Bran wants their coming out party to be on his terms.

But his European counterparts don't see things the same way. Anna and Charles are chosen to represent Bran at a key meeting. But when a French werewolf, one of Bran's most vocal opponents, is found murdered, Charles's reputation shoots him to the top of the suspect list. And among the wolves, there is one penalty for breaking the law: death.

The killer must be found, or Charles will take the fall. 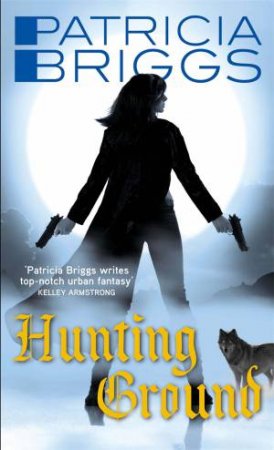 Hunting Ground
Patricia Briggs
$19.99
RRP refers to the Recommended Retail Price as set out by the original publisher at time of release.
The RRP set by overseas publishers may vary to those set by local publishers due to exchange rates and shipping costs.
Due to our competitive pricing, we may have not sold all products at their original RRP.