Aravind Adiga is a journalist and author, who holds dual Indian and Australian citizenship. His debut novel, The White Tiger, won the 2008 Man Booker Prize. Adiga began his journalistic career as a financial journalist, interning at the Financial Times. With pieces published in the Financial Times, Money and the Wall Street Journal, he covered the stock market and investment, interviewing, among others, Donald Trump. His review of previous Booker Prize winner Peter Carey's book, Oscar and Lucinda, appeared in The Second Circle, an online literary review. He was subsequently hired by TIME, where he remained a South Asia correspondent for three years before going freelance. During his freelance period, he wrote The White Tiger. He currently lives in Mumbai, India. 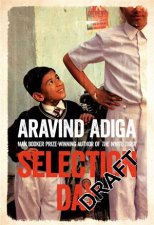 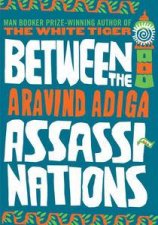 Between the Assassinations
by Aravind Adiga
32.95
32.95
_% Off
RRP refers to the Recommended Retail Price as set out by the original publisher at time of release.
The RRP set by overseas publishers may vary to those set by local publishers due to exchange rates and shipping costs.
Due to our competitive pricing, we may have not sold all products at their original RRP.