Barbara Blackman, essayist, librettist, letter writer, was an only child, born and bred in Brisbane, caught up in the Barjai art/literary group of the Forties, the Melbourne Contemporary Art Society of the Fifties and the Australian wave in London of the Sixties. She was married to painter Charles Blackman for thirty years. She has worked as a child psychologist, an artists' model, a magazine columnist, a radio producer for Radio for the Print Handicapped, and an oral historian for the National Library. She was a co-founder of the Little Lookout Theatre in Sydney and is a member of the C.G. Jung Society and the National Federation of Blind Citizens. Her pleasures are contemporary music, coffee drinking, visiting Perth, solitude, her three offspring and six grandchildren. 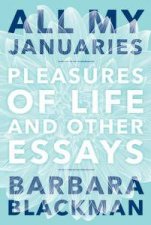 Dogs and Doggerel
by Barbara Blackman
28.95
28.95
_% Off
RRP refers to the Recommended Retail Price as set out by the original publisher at time of release.
The RRP set by overseas publishers may vary to those set by local publishers due to exchange rates and shipping costs.
Due to our competitive pricing, we may have not sold all products at their original RRP.