Born in Essex in 1944, Bernard Cornwell was adopted at the age of six weeks by two members of a strict fundamentalist sect called the Peculiar People. He grew up in a household that forbade alcohol, cigarettes, dances, television, conventional medicine and toy guns. Not surprisingly, he developed a fascination for military adventure. As a teenager he devoured CS Forester's Hornblower novels and tried to enlist three times. Poor eyesight put paid to his dream, instead he went to university to read theology. On graduating, he became a teacher, then joined BBC's Nationwide, working his way up the ladder to become head of current affairs at BBC Northern Ireland, then editor of Thames News. In 1979, his life changed when he fell in love with an American.

"Judy couldn't live here, so I gave up my job and moved to the US. I couldn't get a green card, and for 18 months the only thing I could do was write novels." The result was his first book about 19th century hero, Richard Sharpe, Sharpe's Eagle.

Today with 15 Sharpe adventures behind him and worldwide sales of over 2 million, plus a successful series of novels about the American Civil War, the Starbuck Chronicles, and the first instalment of a new Arthurian trilogy, Bernard Cornwell owns houses in Cape Cod and Florida and two boats. His success, nevertheless, has been accompanies by much hard work. Each Sharpe novel requires weeks of research, often abroad, and takes at least five months to write, working from early in the morning until 6pm. Every year, however, he takes two months off and spends most of his time on his 24 foot Cornish crabber, Royalist. 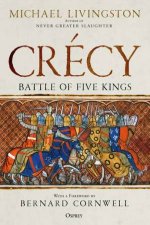 The Winter King
by Bernard Cornwell
22.99
22.99
_% Off
RRP refers to the Recommended Retail Price as set out by the original publisher at time of release.
The RRP set by overseas publishers may vary to those set by local publishers due to exchange rates and shipping costs.
Due to our competitive pricing, we may have not sold all products at their original RRP.